Ag Against Hunger is a community-based program that organizes and partners with local growers and shippers to bring the community together, and further Ag Education and Childhood Nutrition by gleaning surplus fruits and vegetables and distributing them to our food banks locally in the Tri County area of the Central Coast.

During Covid 19, the program coordinated with the USDA Farmers to Families Food Box program to deliver over 100,000 food boxes to local growers for their workers and to local school districts.

We look forward to the time we can bring volunteers back out to the most fun you will have spending time in the dirt, while helping to feed the hungry!!

All community members over the age of 10 are eligible to glean. We welcome all community youth groups, corporate team building groups, leadership members, and individuals to sign up for a glean date.

Signups are on a first come first served basis and are limited to 75 people total per glean. Dates are subject to change or cancellation due to weather and other scenarios beyond our control.

Please email your interest to Lisa Dobbins at Grower-Shipper Association Foundation/Ag Against Hunger at lisa@growershipperfoundation.org or call 831-422-9007.

Thank you to our friends at the California Rodeo Salinas for 11 Years of Support with the Produce Mascot Race!

The California Rodeo Salinas has raised over $95,000 for Ag Against Hunger! 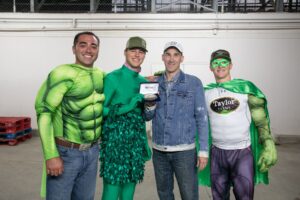 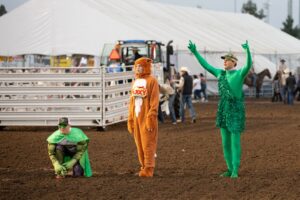 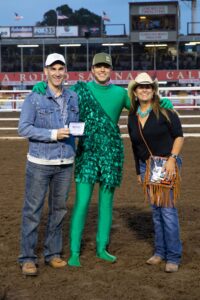 Thank you to the Salinas Valley Food & Wine Festival 2021 for supporting our Ag Against Hunger Program! 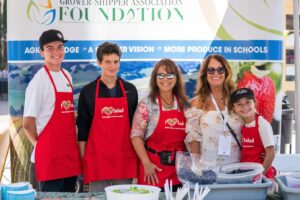 CLICK HERE TO NOMINATE THE 2023 AGRICULTURAL WOMAN OF THE YEAR

Salinas, CA – Silvia Prevedelli was recognized as the 2019 Agricultural Woman of the Year for Monterey, Santa Cruz and San Benito Counties at an annual event hosted by Ag Against Hunger and the Grower Shipper Association Foundation on September 20, at the new Ted Taylor Ag Vocational Center located at Rancho Cielo in Salinas, CA.

The Agricultural Woman of the Year award seeks to honor women who demonstrate extraordinary acts of leadership while working within the local agricultural industry. These acts include creating systematic change for agriculture through production, public policy, consumer awareness and volunteerism, performing as a spokesperson for agriculture and encouraging community support.

Silvia Prevedelli first came to America from Italy in 1966. She did not know anything about farming, but she became involved in the farm, as she worked side-by-side with her husband Frank. Through the years, Silvia’s vision of adopting the natural farming practices of her native Italy, has proven to be an unmitigated success. Her commitment to agriculture extends well beyond the borders of her family farm with her extensive volunteerism in her community and the state. With her mantra, “No matter how long you are in farming, you are always learning”, Silvia is an inspiring role model for many generations to come.

This year, Ag Against Hunger celebrated becoming the latest program of the Grower-Shipper Association Foundation. The Ag Woman of the Year will remain a steadfast program under the new structure. This new partnership, will also allow, Ag Against Hunger to focus on the educational gleaning program which has been delivered hands-on harvest experience to children and adults alike for the last two decades.

All proceeds from this event benefit Ag Against Hunger by increasing gleaning opportunities, educational and health-focused programming.

ABOUT THE GROWER-SHIPPER ASSOCIATION FOUNDATION

The Grower-Shipper Association Foundation is a 501(c)3 nonprofit organization whose mission is to promote and educate about the health, social and cultural benefits of agriculture to the community and society as a whole. www.growershipperfoundation.org

For information about upcoming Gleaning events, contact Alicia at 831-422-9007 or email her at alicia@growershipperfoundation.org if you have any questions.

The 26th Annual Woman of the Year luncheon was held this year at the new Ted Taylor Ag Vocational Building on September 20, 2019 at Rancho Cielo in Salinas, Ca.

We are proud to have awarded Silvia Prevedelli with the Ag Woman of the Year Award. Silvia is a true “Ag-Vocate”